Glenmorangie had a launch and in conjunction with that, they organised 4 events across the nation. Tying up technology and art, the response was awesome 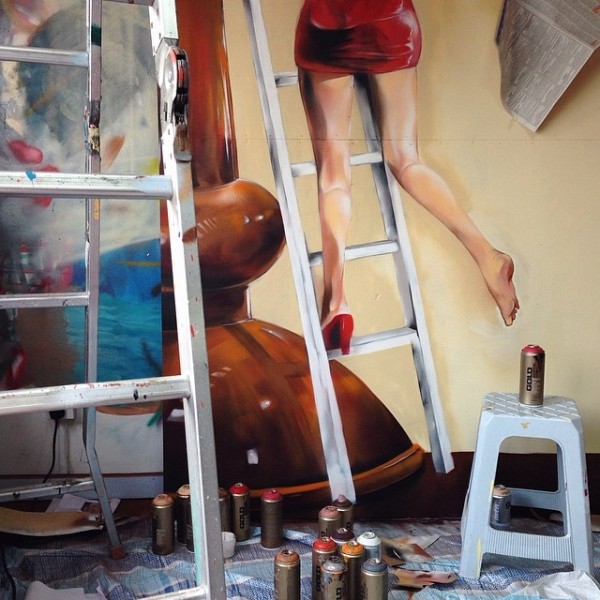 We collaborated with Anokayer for this project. This piece is done by Ano and we love it! 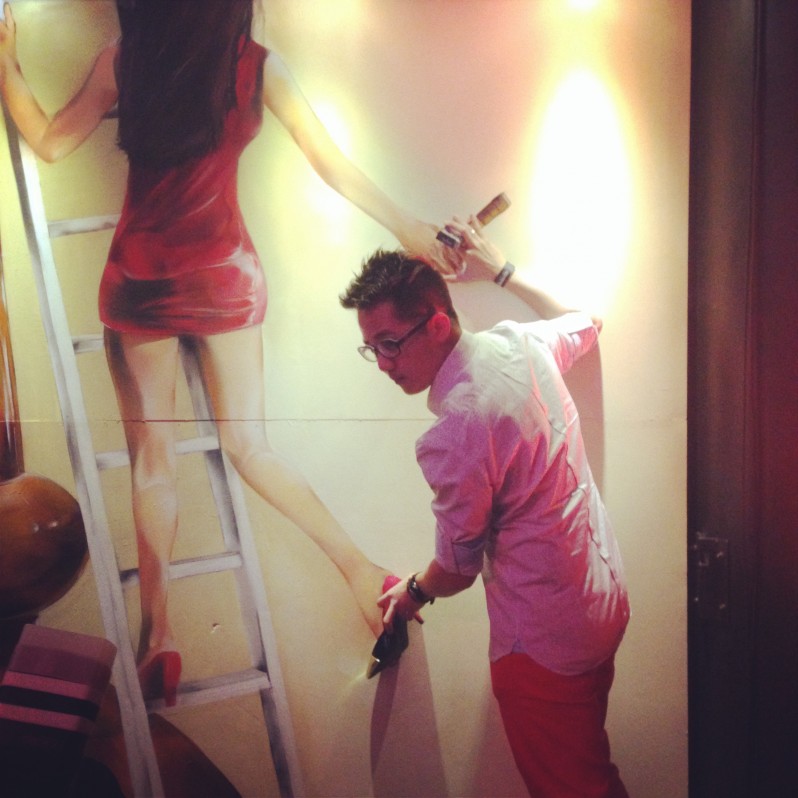 During the event, guests were given a red heel to interact with the mural. 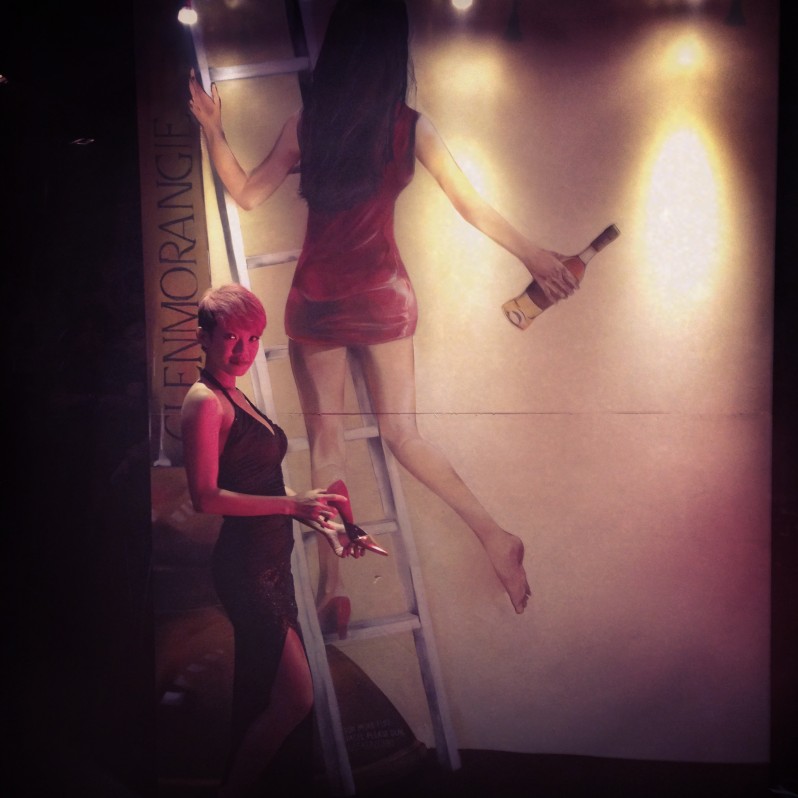 Haze and the 3D mural. 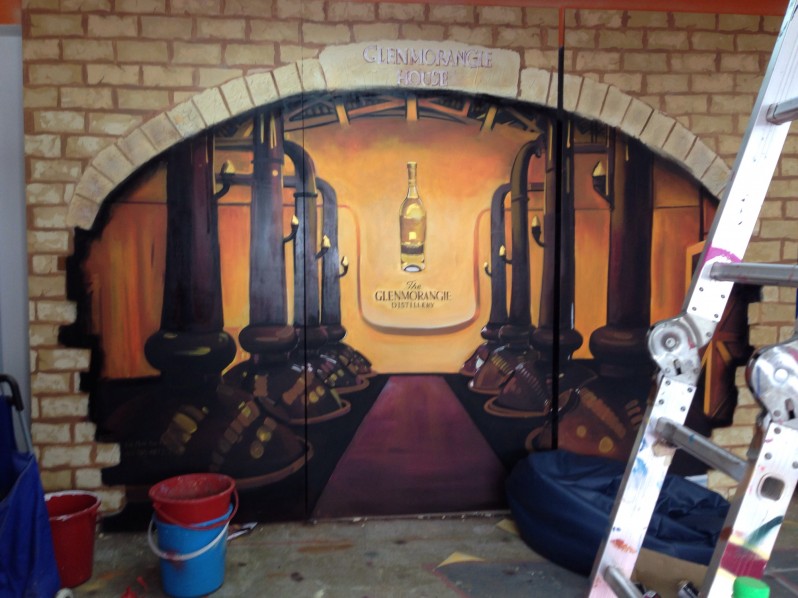 For our own mural, we worked on getting a distillery artwork done right. 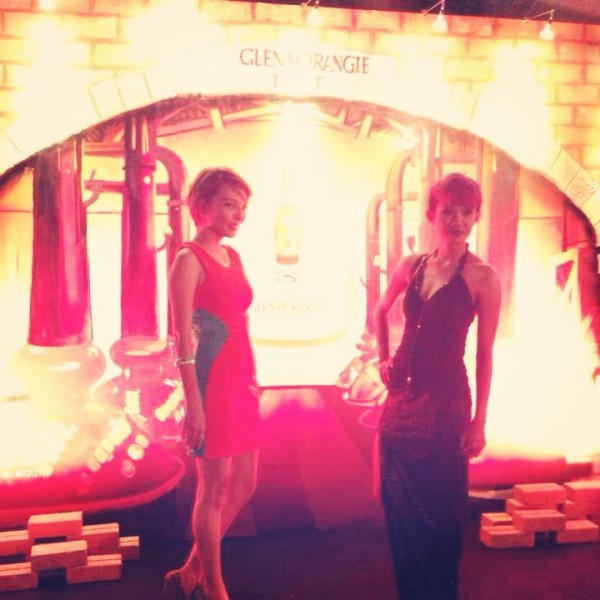 During the event, this piece was placed at the entrance and bricks were laid on the floor to give the mural a more realistic feel. 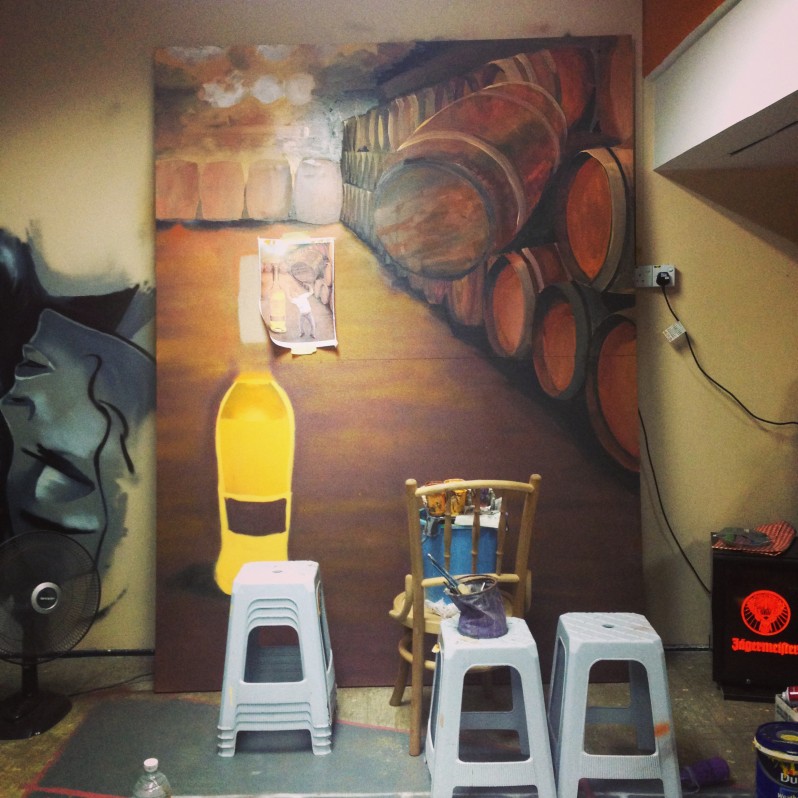 The last piece progressed smoothly until we received feedback from the client stating that the bottle is not needed. At that moment in time, it was about 90% done with 2 sleepless night. It’s a torture but work is work and deletion is called for. 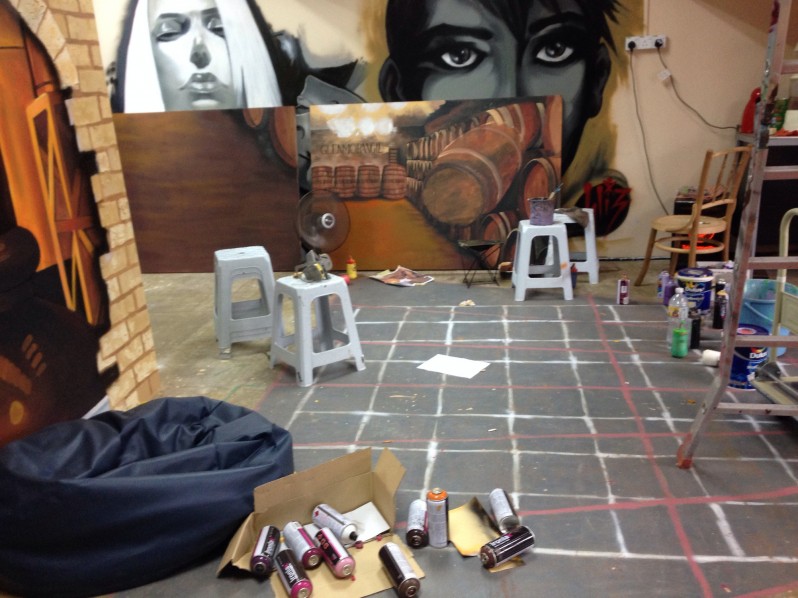 We split the planks into half to work more efficiently.

This is a snapshot of our workspace for this project. 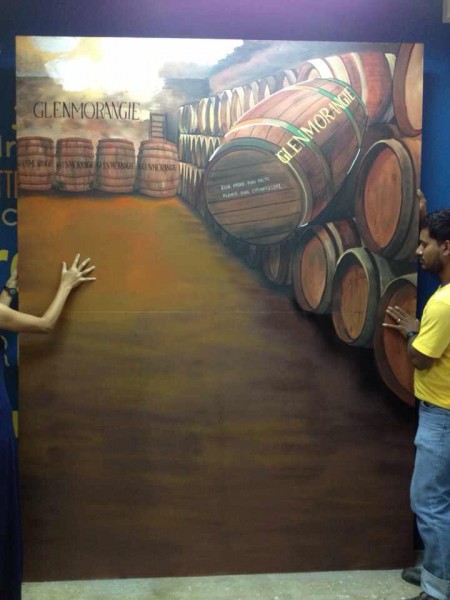 Checking the art before transporting it. 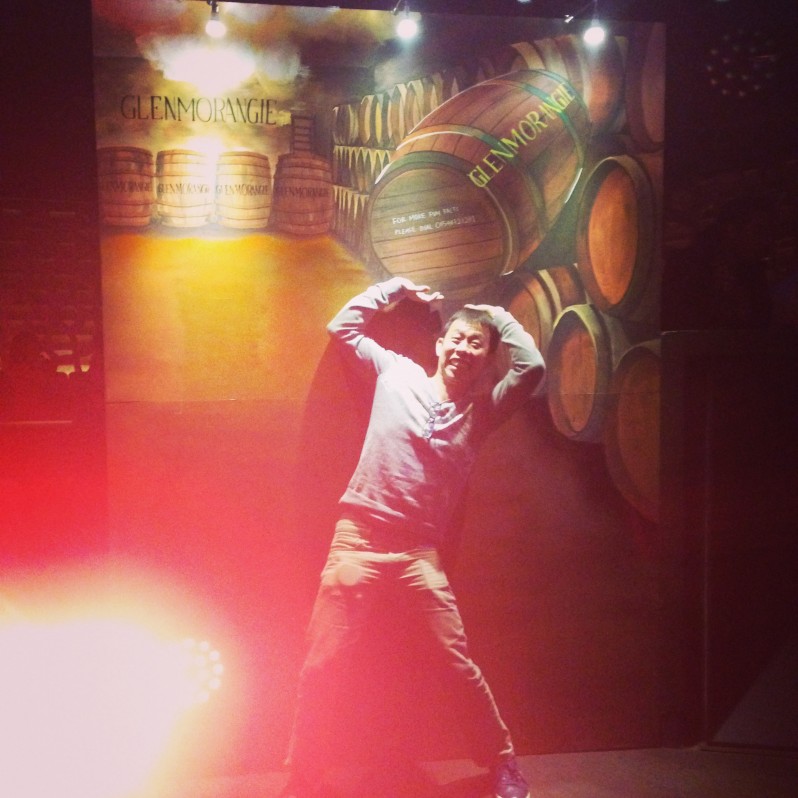